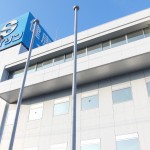 The American arm of SEIRIN was created in 1990 in Weymouth, MA to promote and distribute the brand throughout the United States. Founded by Thomas Riihimaki, a pioneer in the acupuncture supplies field, SEIRIN-America has helped SEIRIN become the first choice of acupuncturists in the United States. With the landmark 1996 decision by the FDA to reclassify acupuncture needles as safe and effective medical devices, acupuncture took another step towards the mainstream with SEIRIN at the forefront. More and more people were receiving acupuncture, and painless treatments with SEIRIN kept them coming back for more. People who were hesitant to try acupuncture had their concerns allayed by the high quality needles. A SEIRIN acupuncture treatment is unlike any other, which patients and practitioners alike will attest to.

Now, over 25 years after its inception, SEIRIN continues it’s tradition of being an innovator, consistenly offering the safest and most advanced acupuncture needle in the world. Try one yourself, and you’ll experience the difference. SEIRIN – the first and only “Painless One”.